As I found yesterday Jio now adds another 5MHz in 1800MHz (Band 3) in Kolkata - making use of 2 x 5MHz channels on this band. It improves both downlink and uplink immediately as I experienced in Barrackpore, Northern suburb of Kolkata.

Apart from Rajasthan and Kolkata, Jio does not have its own 10MHz spectrum in 1800MHz band. So in other circles Jio will create 2 channels of 5MHz on 1800MHz by sharing spectrum from RCom, but I guess it will take some time. 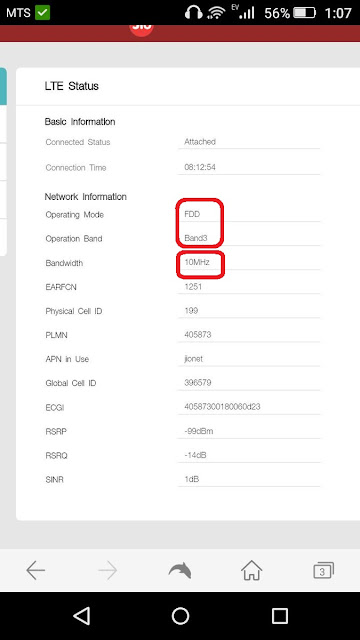 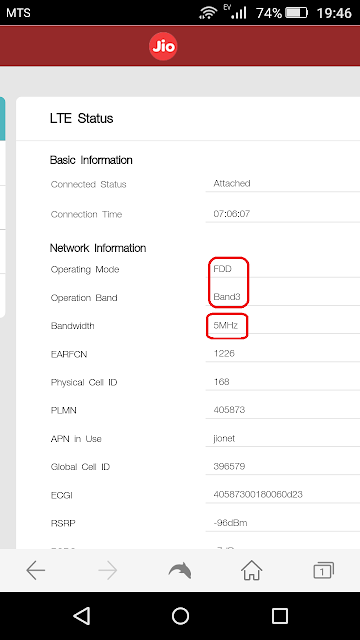 * Jio uses 5MHz of 850MHz band from RCom via spectrum sharing deal. Once RCom-MTS merger completes, the merger entity will have another 3.75MHz from MTS. However Jio needs 2 x 5MHz channels to offer best