After acquisition of Aircel's asset of 20MHz 2.3GHz spectrum in 8 circles, Airtel has its share of 4G/LTE (LTE-TDD and LTE-FDD) in all of 22 telecom circles of the country. Please see the map and the chart to understand Airtel's liberalized spectrum bank on 2300MHz and 1800MHz band which will be used for 4G roll out. 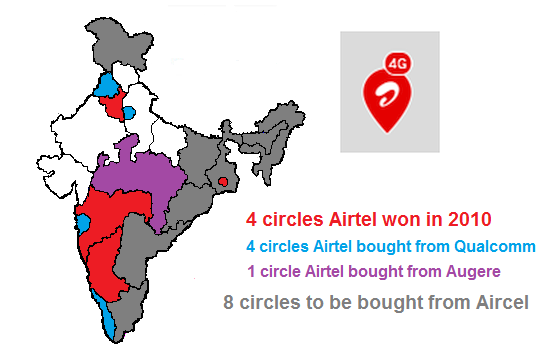 This chart will help you to understand Airtel's spectrum holding across 22 circles.

Note that, in few circles Airtel has less than 5MHz on 1800MHz band, which is not considered for LTE-FDD roll out. (Though 1.4MHz channels can be used for Narrow Band LTE-FDD or LTE-NB). 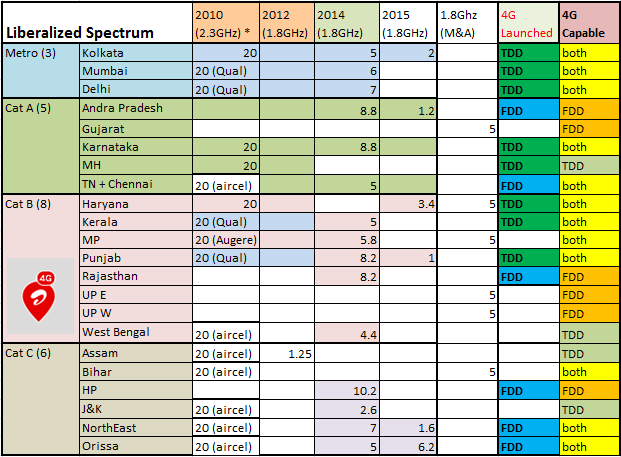